The Forum for Respectful MMA Discussion

Here we go again, my 20 Bold Predictions for MMA in 2019. Add any of your own below, and tell me mine suck too!

5. Anthony Rumble Johnson re-signs with the UFC at Heavyweight.

6. BJ Penn signs with either Bellator or Rizin.

8. Jack Shore signs with the UFC.

11. ESPN and UFC will show disappointment in their TV deal.

15. Goldenboy MMA 2 is booked, probably headlined by Chuck Liddell again too. Randy anyone?!?!

16. GSP returns to fight for the inaugural 165lb belt.

18. Kron Gracie becomes a contender at 145lbs in the UFC very quickly.

Well Blue, your 2019 predictions didn't pan out so well

Mine were no better than Blue's

1/ Conor McGregor fights again, not against Khabib....and loses
2/ PFL will cease operations
3/ Fedor Emelianenko wins the Bellator HW tournament
4/ Jon Jones "pops" again ( I know....how to go out on a limb)
5/ Khabib/Ferguson finally happens with Khabib retaining his title
6/ Demetrious Johnson comes back to the UFC and challenges T.J for the BW title
7/ DC/Brock does not materialize
8/ Cain Velasquez vs. JDS for the vacant HW title some time in the last qtr.
9/ Project spearhead goes away into obscurity
10/ Scott Coker will challenge Dana White to a best vs. best PPV....Dana will decline
11/Cyborg/Nunes II will happen
12/ Neither Diaz brother will fight in 2019 (see sidenote from #4)
13/ A UFC champion not named Jon Jones will piss hot
14/Goldenboy MMA will do a second show but it will be headlined by Tito, not Chuck and it will be against Chael Sonnen
15/ Flyweight division (mens) will be scrapped (I need a gimme)

Yeah, not too successful with much of this. I listened to Sean Sheehans podcast running over his from last year too, he claimed 5 correct, but in reality he got 3 and gave himself 2 that were kinda right! 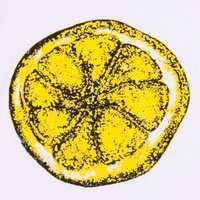 You should, it's fun looking back to see how wrong you were

1. Rory MacDonald fails to win the PFL Grand Prix, and retires.
2. DC retires as UFC HW champion.
3. UFC Paris PPV headlined by Francis Ngannou vs Jon Jones.
4. Jose Aldo becomes 135lb champion, then loses to Petr Yan.
5. Anderson Silva vs GSP is booked.
6. Fedor fights Wanderlei Silva in his retirement bout.
7. Cyborg loses to Julia Budd, takes a bout in Rizin versus some overmatched pro wrestling grandmother!
8. Michael Chandler signs with the UFC.
9. AJ McKee will win the Bellator Featherweight Grand Prix and become champion.
10. Jon Jones loses a fight.
11. Khabib announces his retirement.
12. Joe Benavidez wins the 125lb belt, retires and the division is closed.
13. Ross Houston signs with the UFC after defending his Cage Warriors belt one more time.
14. A woman UFC fighter will have a boxing match.
15. A UFC event will be announced in Africa, possibly Morocco.
16. Bellator will announce a 135lb tournament to crown a new champion. Patrick Mix will win it(but not likely until 2021).
17. Didn't happen last year, but I'll go with this one again. Tyron Woodley signs with Bellator......or maybe PFL.
18. Zuffa boxing announces a press conference on their future(beginning), but then nothing actually happens.
19. Yoel Romero becomes the 185lb champion.
20. Joanna ex-champion becomes champion again, then becomes ex-champion when Tatiana Suarez beats her.
_________________
If You're Gonna Be Dumb, You Gotta Be Tough!

Kickass32 wrote:I could see many of these actually happening....really hope Chandler does sign with the UFC...really hope Khabib doesn't retire

Yeah, same with me on both. I'm sure I heard a wee while back that Chandler has one fight left on his Bellator deal, so I figured with him not champion there any more, it may be time for him to test himself at the top.
_________________
If You're Gonna Be Dumb, You Gotta Be Tough!

Hopefully he has a better UFC run than Will Brooks did

Hired_Merc wrote:1 - Khabib goes on 3 fight losing streak and retires
2 - Bellator has 3 DQ/No contest finishes to main events this year
3 - Cormier makes his WWE debut
4 - McGregor is A champion by end of year (He's crazy enough to do it)
5 - Jones has 1 fight at HW
6 - Nick Diaz will fight
7 - Masvidal will get title shot
8 - Romero retires
9 - Jones loses title (Not through losing a fight)
10 - Cruz has a fight